We flew into Alert Bay airport (CYAL) on Cormorant Island, British Columbia, in early September, experiencing low stratus fractus and bouts of heavy rain along the way–quintessential coastal BC flying. 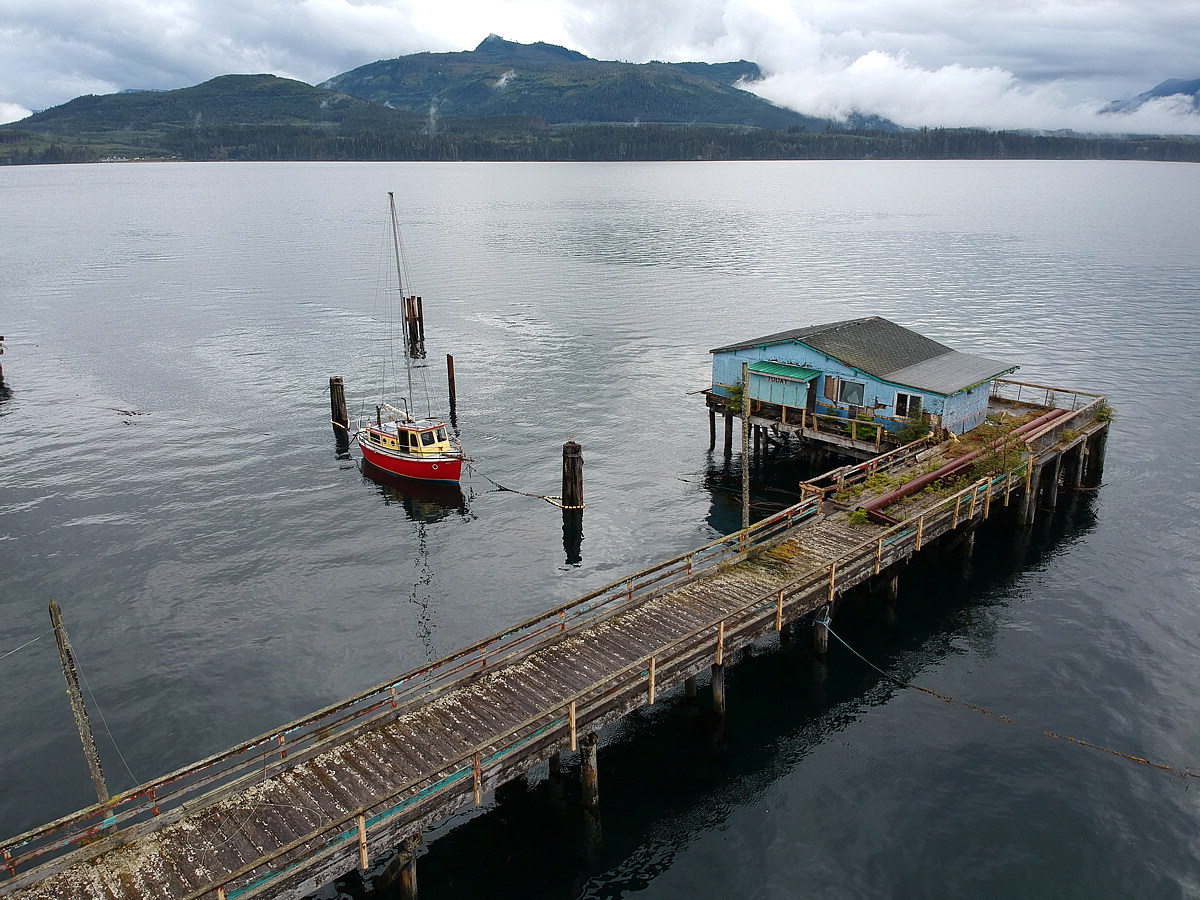 With mist-shrouded barges torpidly plowing the Johnstone Strait below us, and the pines and cedars of the channel’s dozens of sparsely inhabited islands cloaked in cloud, we eventually reached the little island that possesses the world’s largest totem pole, which tops out at 173 feet. 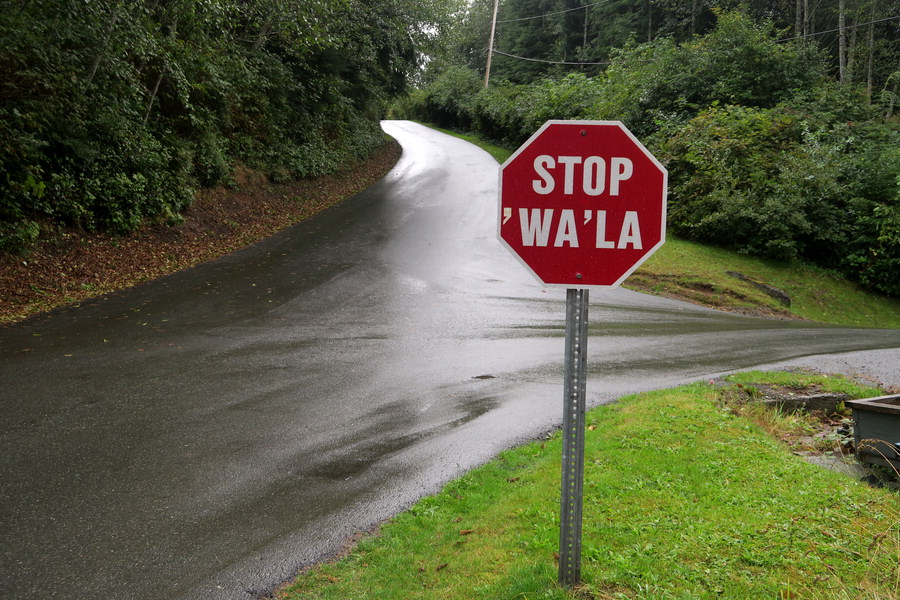 A large flock of stubborn Canada Geese temporarily vacated the runway after our low-and-over pass and returned immediately after we landed. We taxied our plane to the Alert Bay Cabins, situated right on the north side of the airport, at the threshold of runway 27. If you’ve rented a cabin, the only thing that prevents you from taxiing right up to your doorstep is a short but steep descent! 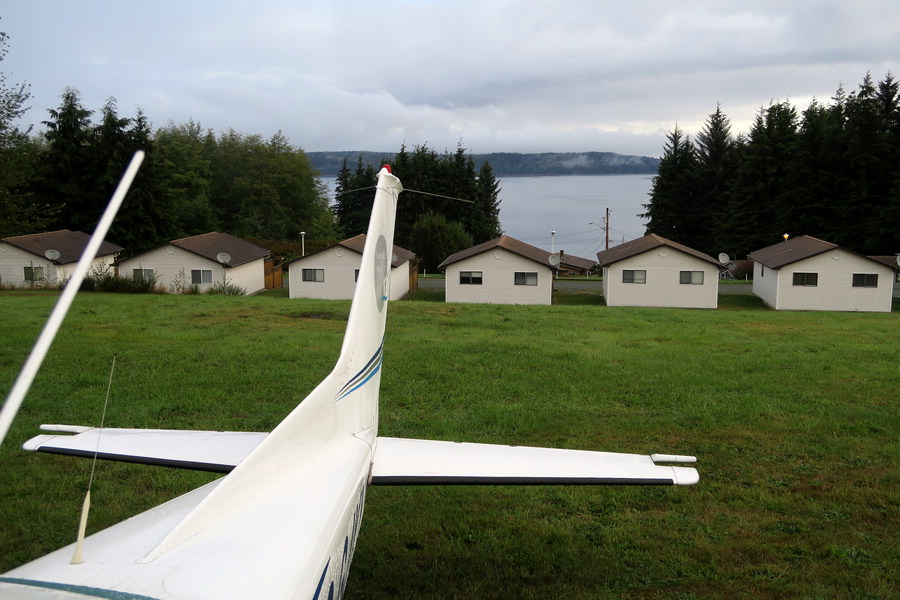 Despite the drizzly weather, after unloading the plane and whipping up a yummy lunch in our cabin, we rambled beneath the hemlocks and cedars along East trail. East trail starts just across from the Alert Bay Cabins’ reception building and wends through the forest to the island’s Ecological Park (once called Gator Gardens, though there are no gators, which probably was the reason for the name change).

The park originated when, in 1881, a fish saltery converted to a canning factory and built a dam to serve the factory’s needs, flooding the top of the island’s hill. Although the plant closed in 1941, the dam remains, with the freshwater spring continuing to bubble up at the top of the hill faster than the water flows down.

The East trail is part of a 16km network of trails throughout the island, and it’s very easy to get turned around in here because of the many forks and unmarked “unofficial” trails linked to them. But as the island is only 4.9km long and 0.8 wide at its narrowest part, we were confident we’d find our way by nightfall. (I’d recommend obtaining a map from the reception at the cabins, or in town at the tourist info centre.  Do not rely on the Google map of the trails! It will lead you astray.)

As well as being a haven for kayaking, fishing, whale watching, and hiking, Alert Bay is traditional Kwakwaka’wakw territory. More than half of the village’s 1,200 or so residents are First Nations people. 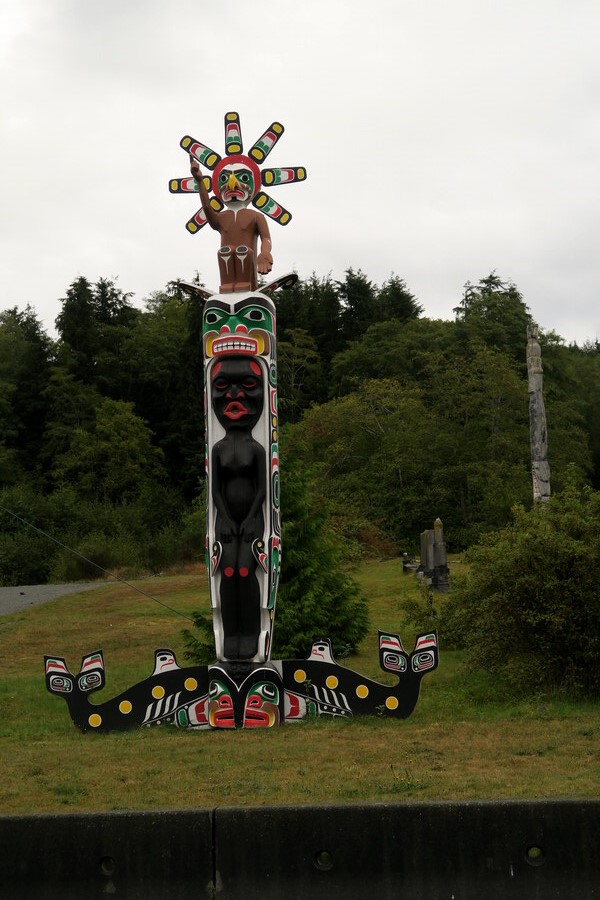 Over 23 totems can be found on the island, many of them in the original ‘Namgis Burial grounds, which is about a 20 minute walk away from the threshold of runway 09.   The tallest totem pole is located on the northwest end of the island; we took the local taxi (phone: 250 947 5525) to see the world-record holder, as well as the ‘Namgis Traditional Big House and the nearby U’mista Cultural Centre. 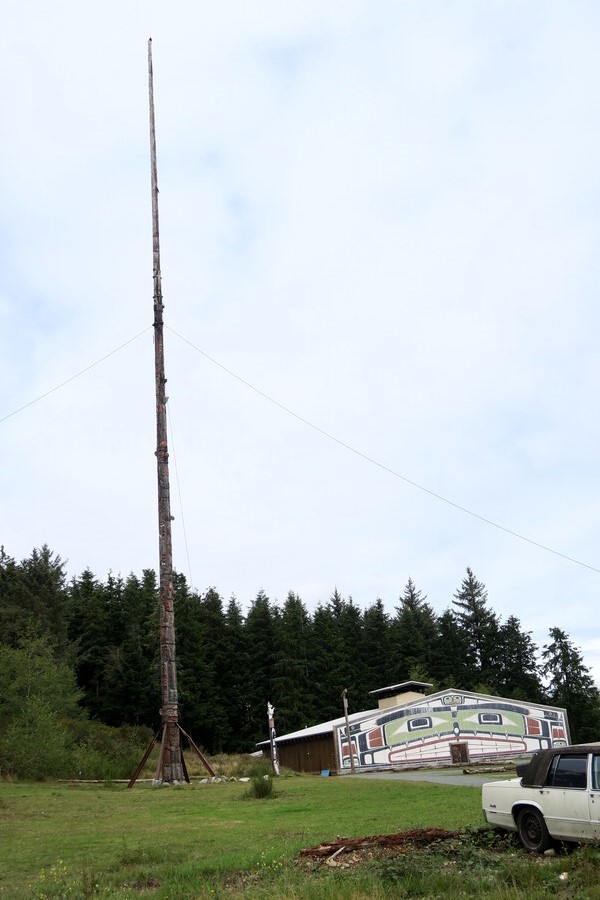 The taxi ride in a hard-loved family van turned into an impromptu tour from our driver, who was born and raised on the island. Her stories of island life and lore were absolutely unforgettable. I’d take the taxi ride again for more stories, even if I had nowhere to go. 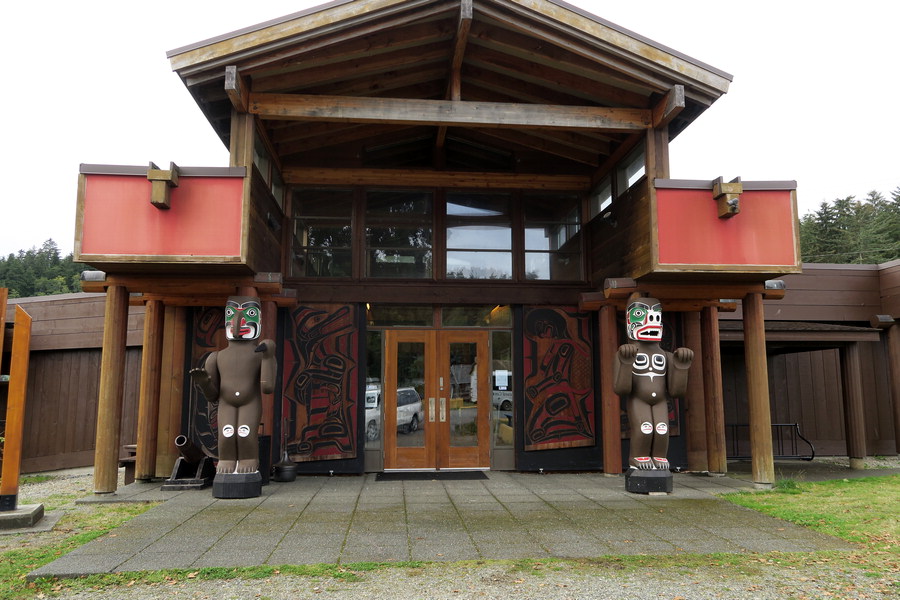 The U’mista Cultural Centre houses a collection of elaborately carved masks depicting the Potlatch Ceremony of the Kwakwaka’wakw , as well as several historical artifacts that have been painstakingly repatriated from museums in both Victoria and Ontario. 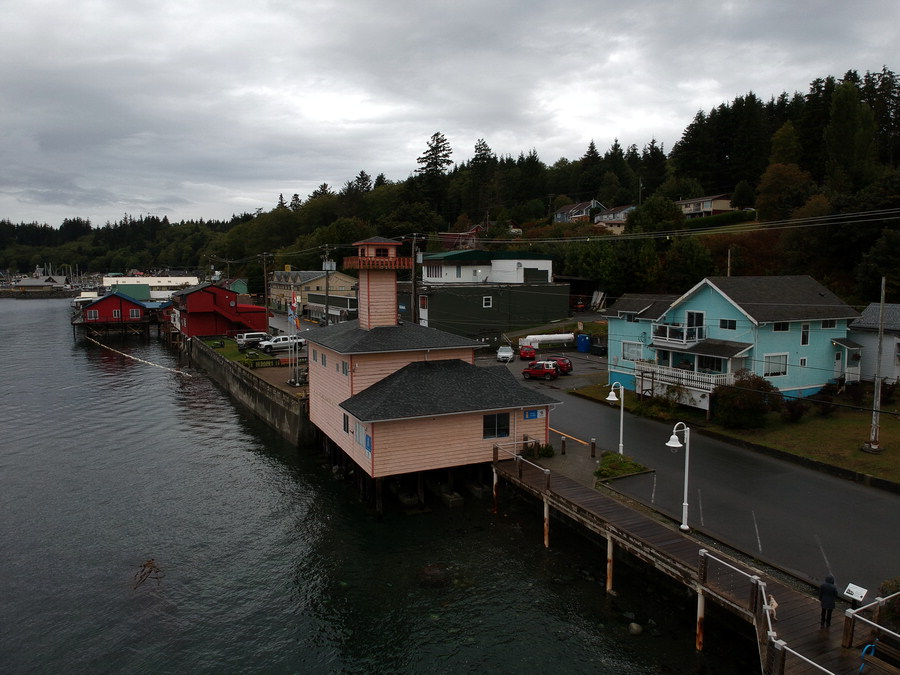 There are a number of small restaurants and cafes in town, among the heritage buildings and old village houses, all easily reached on foot from the airport.  The menus offer everything from fries and burgers to fresh-caught halibut.

Back in our cozy and immaculate cabin with our happily exhausted canine co-pilot, we self-catered with a veggie stew and homemade biscuits, before settling down beside the fire (electrical) to listen to geese honking as the night settled over us.

Note for pilots: there is no Av-gas at Alert Bay. 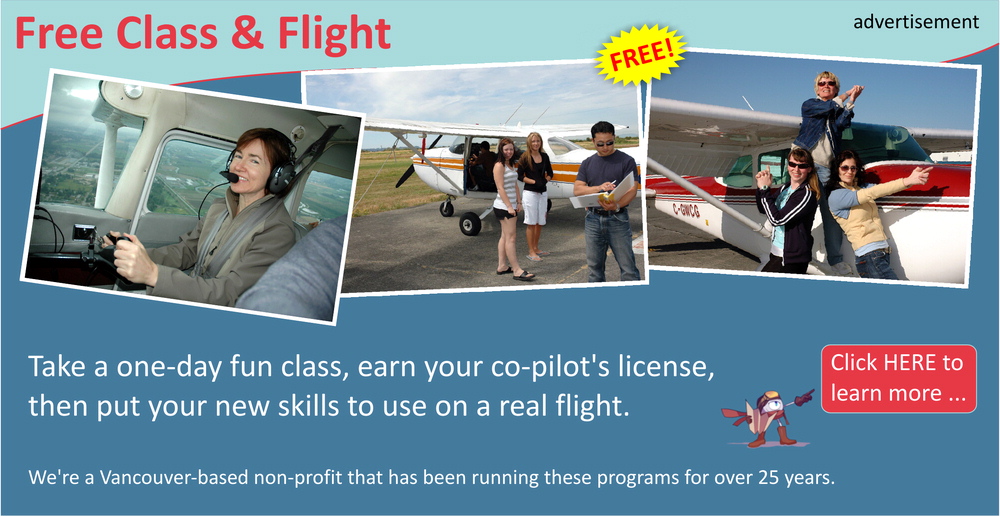