Record snow-pack at the headwaters of the Fraser River, combined with above-normal temperatures for May 2018 in British Columbia, has led to a sudden rise in water levels all along the mighty Fraser.  One of our favorite little airstrips has been hard-hit by the resultant flooding: the gravel runway at Rowena’s (Sandpiper Golf Course).

We’d planned to impress visitors with a dinner flight to the scenic riverside restaurant at Rowena’s.  But as we flew east up the Fraser from Pitt Meadows, above mile after mile of flooded farmland in the Sumas/Chilliwack region, we realized that a backup plan may be in order.

Sure enough, as soon as we turned north up the Harrison River, our backup plan proved essential.  It took a moment to even recognize Rowena’s because flooding so drastically altered the once-familiar terrain.

The boat dock on the southeast end of the golf course was a floating island, several meters away from land.  And the runway? An airstrip for a pastoral Lost City of Atlantis. 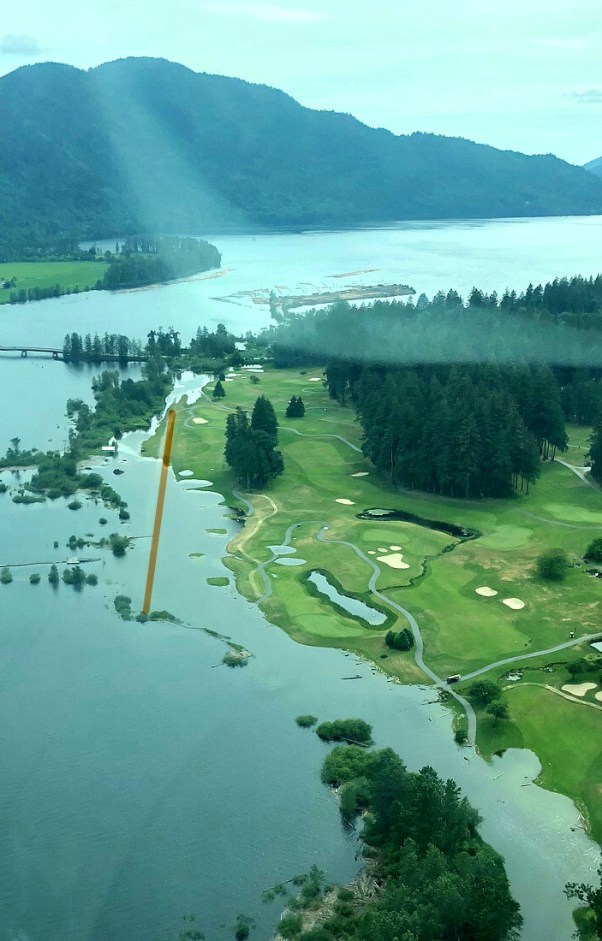 Here’s a couple of photos that show the stark contrast between our usual final approach for runway 20 and “submerged runway” flyover of the same final approach: 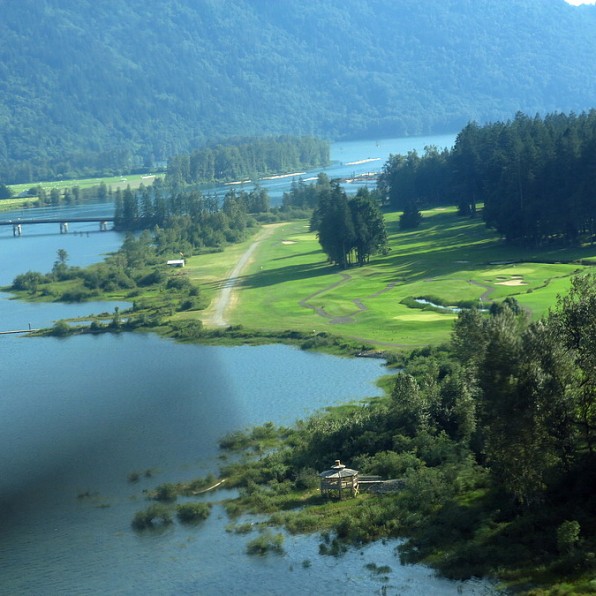 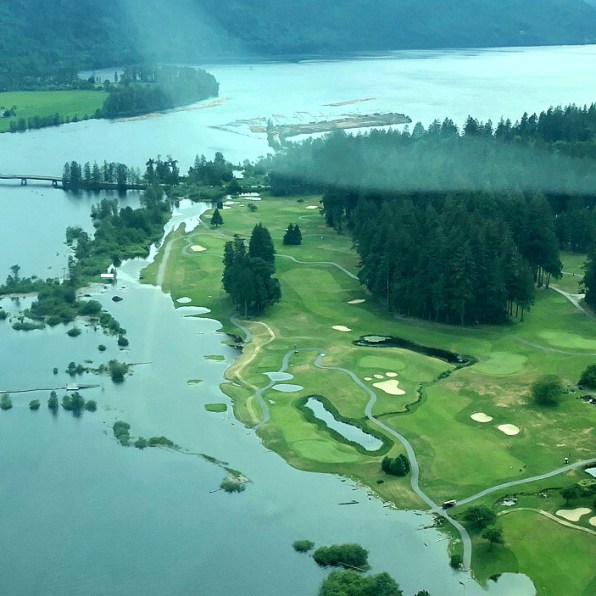 Our thoughts go out to all the farmers and businesses affected by the flooding and evacuations.

One thought on “Underwater runway, Rowena’s airstrip, Harrison Mills, BC”