“It’s coming straight for you!  Don’t move!” the captain of our little tour boat called.  Face-down in the water & shivering hard despite my wet-suit & snorkel gear, I froze in the “sea-star” float position.  With slow, majestic grace, a 1,000 pound manatee glided inches underneath me, close enough that I could see each whisker on its ever-so-cute snout and trace every patch of algae on its comically rotund body.  This was way better than shaking hands with an oversized mouse dressed in bloated white gloves!

Located about 2 hours northeast of Orlando, Florida, Crystal River is home to about 400 manatees that migrate each winter from the cold Gulf waters to the relatively stable 72 degrees of the freshwater springs of Kings Bay.  A few of these placid vegetarians remain in the bay all year, offering humans a year-long opportunity to view them in their natural habitat.

Rather than join the Spring Break/Easter holiday crush of Disney World (an estimated 2.9 million visitors for spring 2018), we instead drove from Orlando to Crystal River for an unforgettable manatee-swim. 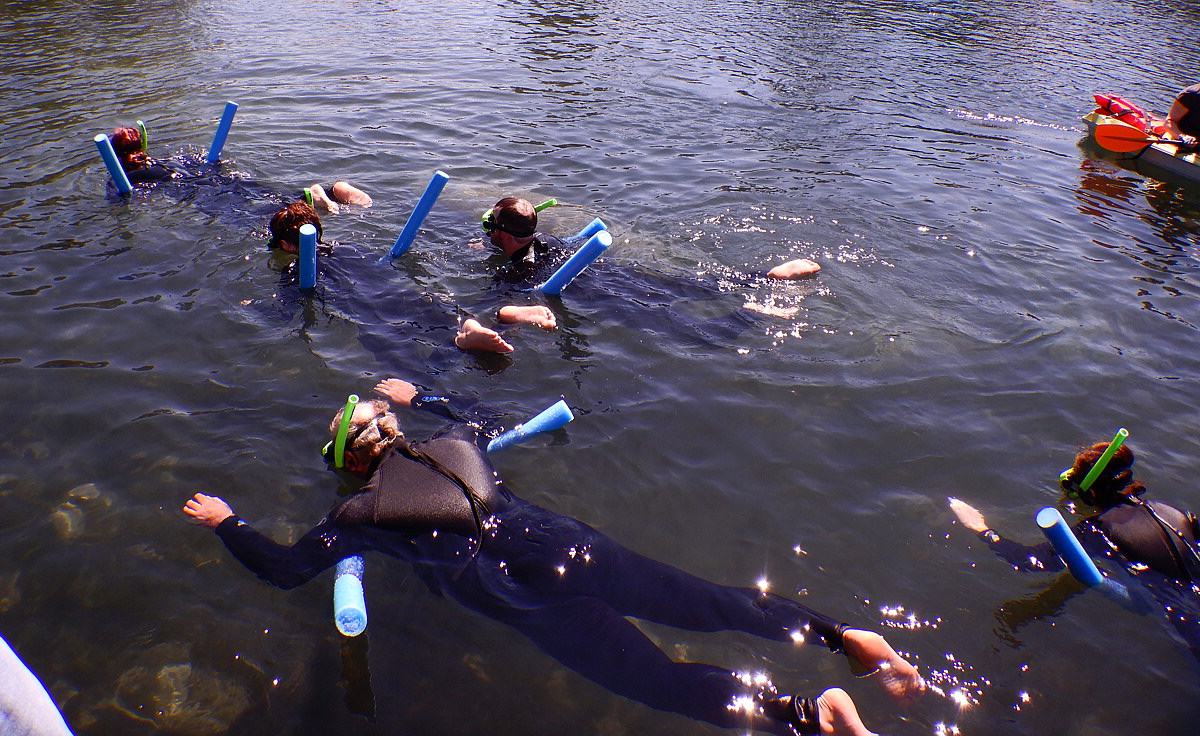 We broke up the 120 minute drive by stopping en-route at Cooter Pond in Inverness, adjacent to Hwy 41. 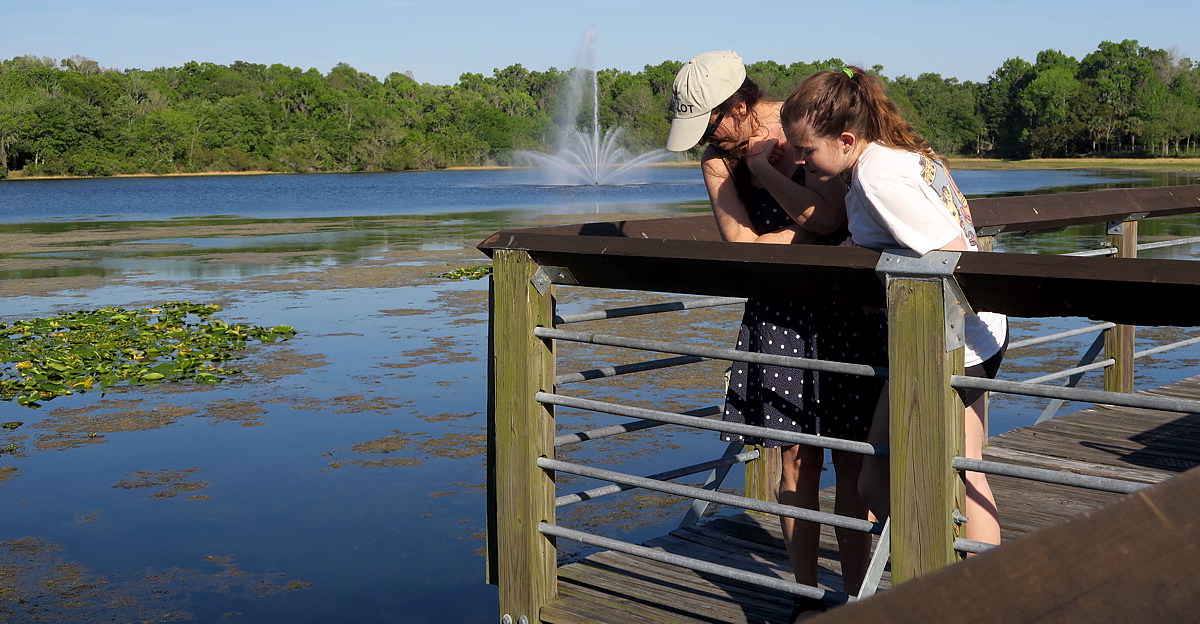 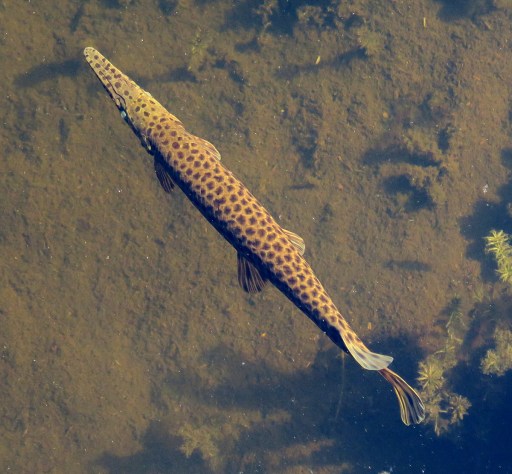 Fish visible in the clear water

Loaded with canned hams and women’s apparel, “many town residents lined the banks and dove in”, hoping to salvage the items, but a large alligator scared them off.  Was it the same alligator we saw from the boardwalk while we were stretching our legs?

A short drive after Cooter Pond, we arrived for our manatee-swimming tour at 1:30pm, at Fun 2 Dive , an eco-conscious tour-group that stresses that Crystal River is not an amusement park, that the manatees are here as a survival tactic, and that it is essential that we adhere to rules to limit disturbing them (such as freezing in place when they approach swimmers, and not chasing or touching them).

During the 3hr tour, we saw dozens of manatees, both while we were in the water & on the boat, and we were immensely pleased with the experience.

Our Captain regaled us with fascinating facts about the manatees & amusing stories about manatee-human interactions, such as stories about “Charlie”, a rather amorous male manatee, or the baby manatee that was prone to hugging & snuggling swimmers one year.

Our Captain even provided a multitude of snacks & hot chocolate after our snorkel experience–which proved necessary, despite the sunshine, as there wasn’t a single one of us who wasn’t shivering hard after the swim!