On a short, wintry, cloud-scudded day, we hopped in our plane and flew to Nanaimo airport (CYCD) for a quick, scenic flight across the Georgia Straight, followed by a yummy lunch at the Cottonwood Golf Course Restaurant. 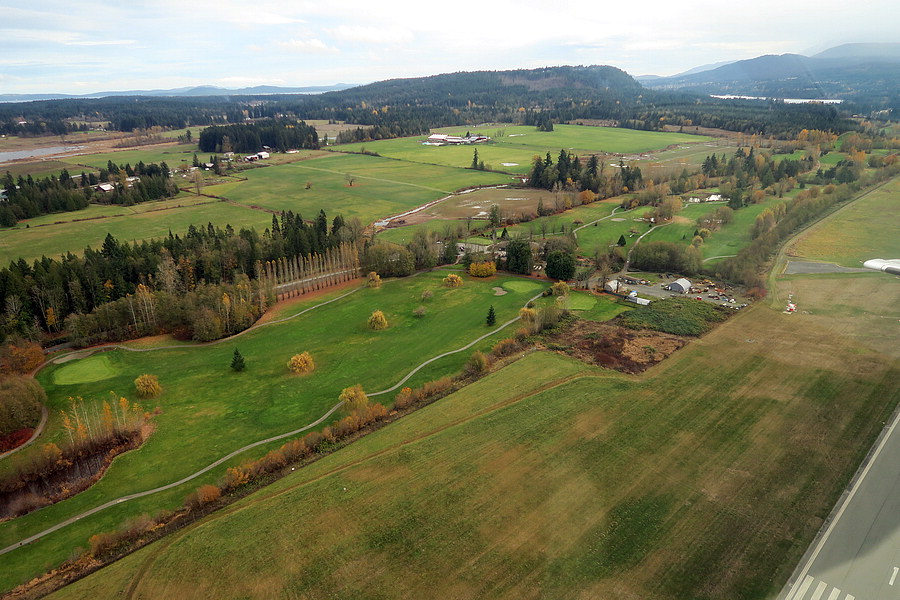 We landed on runway 16 and turned off on taxiway Golf (see airport diagram below) to park on the parcel of tarmac called Apron 2.

Directly behind the apron, glimpsed behind a strip of trees, is the golf-course; a gate in the 8 foot-high perimeter airport fence permits pilots access to the forested strip of land between airport and golf-course grounds, where another pilot-coded gate permits entry onto the golf course itself (use of door optional!). 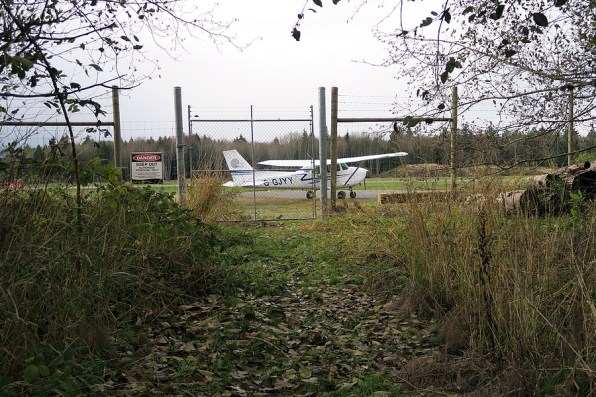 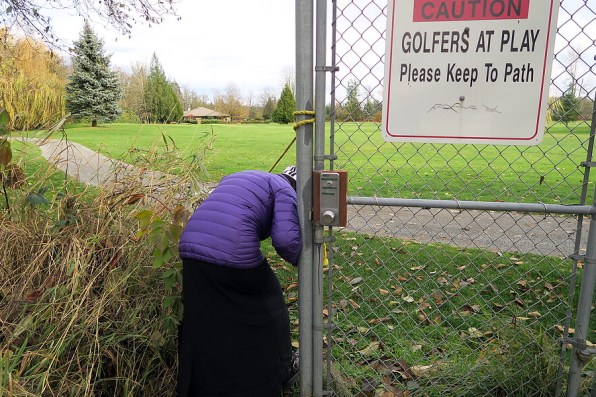 A few hardy golfers dotted the greens despite the wind, clouds, and dropping temperature. 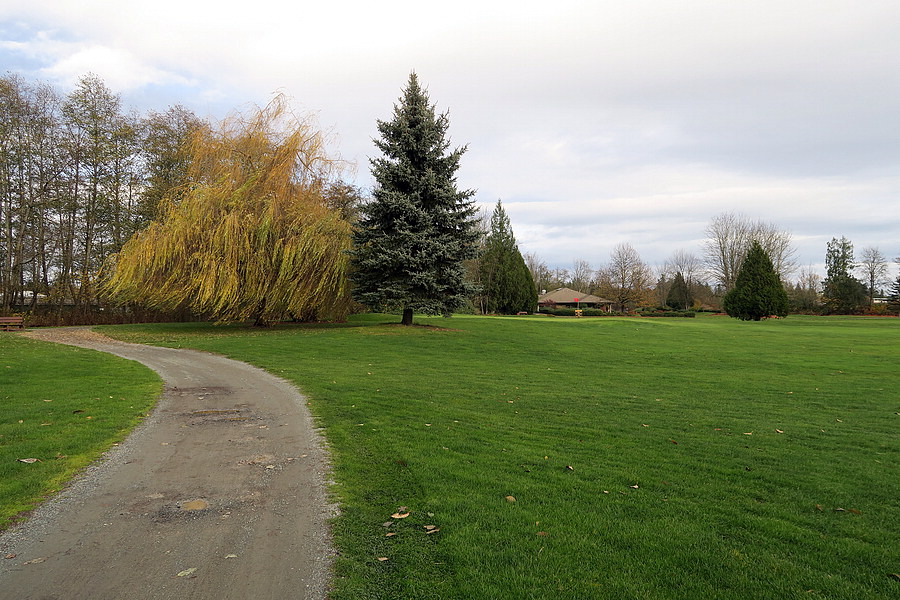 Following the winding path, we reached the Cottonwood restaurant and ate a massive amount of food: for our teenage passenger, a piping hot French Onion soup with a blue cheese n’ bacon burger; for David, a grilled cheese and bacon sandwich with a Parmesan cheese crust; and for me, a walnut, beet, & blue cheese salad.  (And, I must confess, we also shared a plate of nachos that were toasted to perfection and liberally loaded with olives, jalapenos, slivered red bell peppers, tomatoes, and cheese). 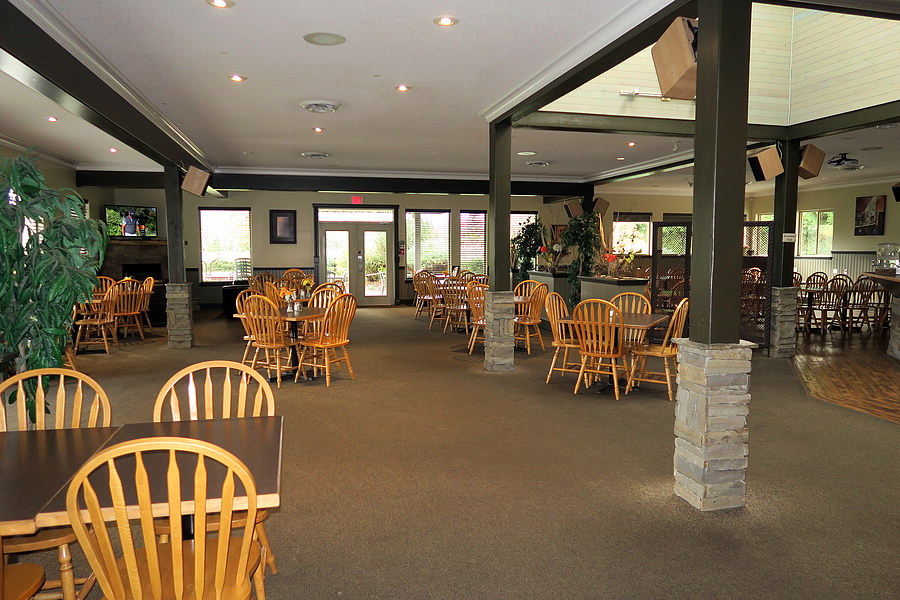 For visiting pilots who want a more congenial eatery than the cafe in the Nanaimo-Collishaw Air terminal, the Cottonwood Restaurant is a great option, and Apron 2 is a small, quiet spot (east side of the runway) away from the bustle and noise of the commercial airliners. 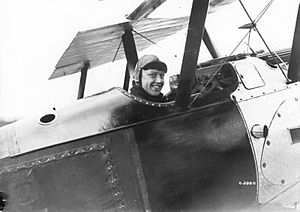 In 1999, the passenger air terminal at CYCD was named in honour of Nanaimo-born World War I ace Raymond Collishaw, the highest scoring Royal Naval Air Service flying ace and the second highest scoring Canadian pilot of the First World War. (There’s a display with his uniform in the terminal).

The restaurant runs only from 11am-3pm from October to December and shuts down for winter between December and March.  While eating at the restaurant, we vowed to return in the summer to visit WildPlay Element Parks Nanaimo  which is located only a quick taxi ride (approximately 3 km north) from the airport.  Closed for the winter, when it’s open the adventure park offers such pulse-pounding activities as zip-lines, aerial games, a 150ft bungy jump, and 150ft giant swing.  Definitely something we’ll be trying and blogging about in the future!

For more things to do near CYCD, see my post on Transfer Beach Park. 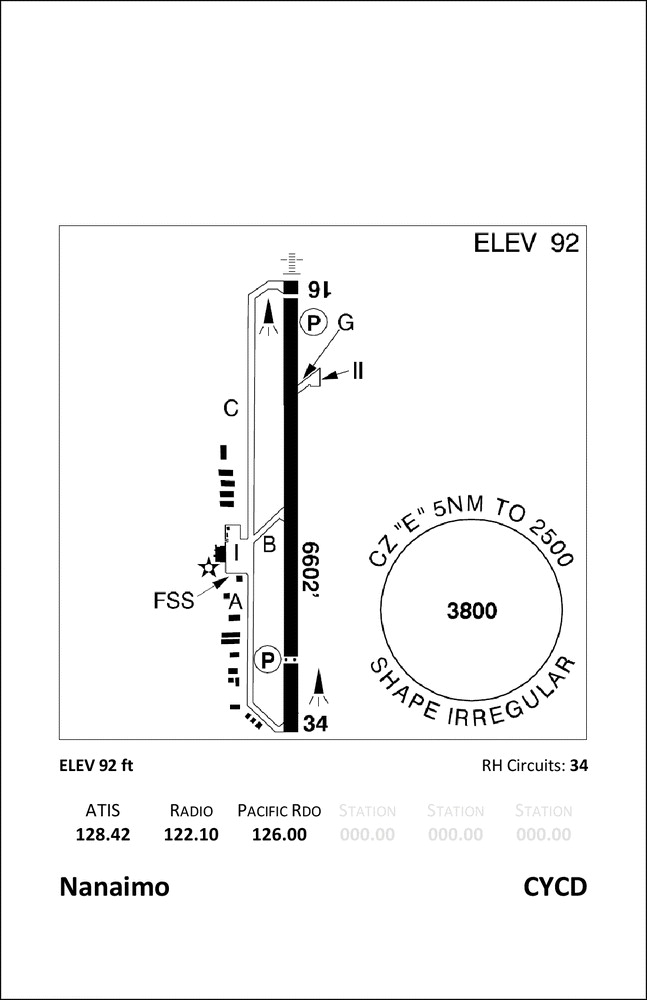